News U Can Use: “Screen Time is Changing Your Lesson Time” 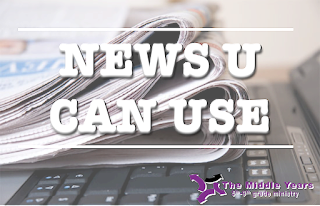 "The first time I heard a pastor say, “Take out your Bible or phone or iPad and turn to …” was in 2016. It seems like a fairly harmless statement, but given recent evidence that screen time is changing the way we think, perhaps not.
Approximately 2 billion people use a smartphone every day. Many of these use the device for work, scheduling, and organizing their busy lives. With punctual reminders and helpful apps, smart devices easily override our fickle attention span. Sometimes it is difficult to tell how much time one is spending on a device. In fact, one recent study showed that participants underestimated their usage by almost half.
For many, it’s believable that our attention is shorter than it used to be. In 2015, several major news sources reported that humans now have an attention span less than that of a goldfish. The study, however, wasn’t peer reviewed or a properly controlled experiment. In fact, there isn’t any solid evidence that the attention span is shrinking (or that goldfish even have an attention span).
In a recent survey, evangelical pastors and leaders claimed that the average church service should be 75 minutes. After asking preachers about their sermon length,...”  READ MORE AT “CHRISTIANITY TODAY”