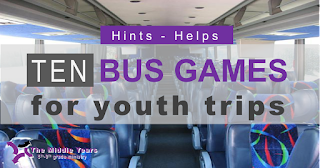 10. "Statue Charades"- 2 teams divided up by sides. One person comes to the front of the bus and is given something that they have to get their team to guess by simply "striking a pose".