News You Can Use: "Shark Tank & Frito Lay Challenge Pre-Teens to Invent" 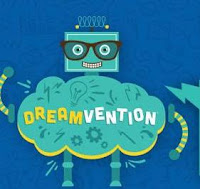 Frito-Lay Variety Pack has teamed with “Shark Tank”’s Robert Herjavec to launch an inventions contest for kids seven and up, with a grand prize of $250,000.
Families can enter the “Dreamvention” contest by coming up with a “fun” invention idea, creating a simple drawing and short explanation of it, and uploading them to MyDreamvention.com by April 24.
Five finalists will be announced in September. U.S. consumers will vote to determine the winning invention, with that decision announced in December. The invention will be brought to life by product development firm Mako Design + Invent.
Herjavec kicked off the contest by helping kids come up with inventions during a Frito-Lay-hosted “Invent-athon” for Bay Area fifth graders held at Google’s headquarters in Mountain View, Calif. ... READ MORE AT MEDIA POST

Email ThisBlogThis!Share to TwitterShare to FacebookShare to Pinterest
Labels: Re-Post