Winter Time Fun Game Take Two Classic Favorites, Capture the Flag and Dodgeball and Puts Them Together in One Crazy Chaotic Game...

Set up:
Divide the playing area in half creating 2 distinct team zones, similar to capture the flag.  On the far end of each playing area stack 3 white buckets on top of each other creating a small "Frosty the Snowman".  Using the black and orange construction paper, and tape create coal and nose for your snowman, "Frosty". Place your dodgeballs (snowballs) at the center dividing line, similar to dodgeball.

Gameplay & Rules:
The goal is to completely knock down the opposing teams "Frosty".  Completely means that all 3 part of his body are on the floor and no longer standing in an "upright position", even the bottom bucket.  The way this is accomplished is through the opposing team using their "snowballs" (dodgeballs).  They must make it over without getting tagged and knock down "Frosty".

The rules are a combination of dodgeball and capture the flag.   Player can choose to throw the ball across the dividing line getting opposing team players out, similar to dodgeball. Same as dodgeball they have to be on their own side, throwing.  They can not throw the ball at an opposing player once they enter the opposing team's area. If a player gets hit they must go out of the game.  Players that are out of the game can come back in after a player on their team catches a ball or a "all back in" is called.

Players can also use the ball as a "snowball" to knock down, "Frosty" involving a the capture the flag element.    Balls can be ran across the line, passed back and forth, in order get a closer throw.  If the ball hits the ground or if the player is tagged, they lose the ball and must return to their side.  The player that tags them, gets the ball.   There is no "jail", just go back to your side and start over without the ball. 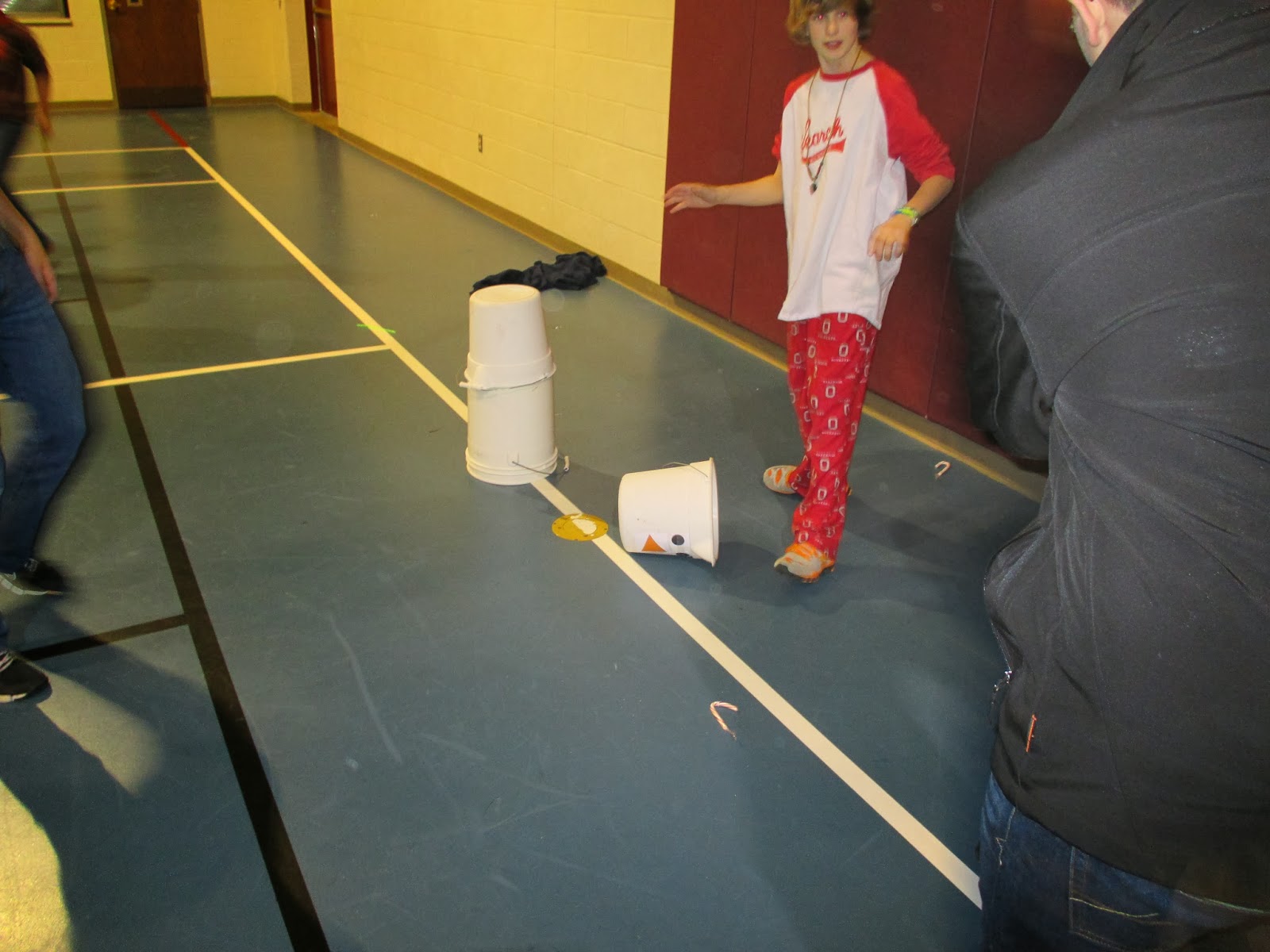 Outdoor Versions (snow versions)
Similar rules and idea of the above game applies.   Create a "Frosty" out of buckets once again but this time use real snowball and not dodgeballs to knock over "Frosty". All the same rules apply other than, everyone can make one snowball at a time and you are not limited to just the 6-8 dodgeballs, however if you are tagged you must drop your snowball, go back your side and make a new one.

The "dodgeball" part of this version is somewhat more a snowball fight idea.  If you get hit by a snowball you are out of the game, with similar rules and idea.

* Bonus Outdoor/Snow Version:
There is no dodgeball element to this version, it a more straightforward "capture the flag" style game, with a bit of violence? (sort of)  Instead of creating a snowman out of buckets you will create 2 real, large snowmen on either side.  This time around, "Frosty" will be killed through players tackling, punching, and kicking him.  If you are tagged on an opposing side you are out of the game until an "all back in" is called, this will thin out the game and slow play down a bit as well.